In Samsung One UI there is a feature called locked home screen layout which prevents you to remove or add any apps icon on the application menu and do any changes. So here we explain the method to unblock layout lock easily. In this way you can unblock almost any Samsung devices with OneUI feturues. The layout locked method is important when your device is on other person’s specially for kids. Sometimes kids were uninstalled important apps from phones that leads to problems. For those who want to unblock it here is way to do it.

1. First go to the device settings
2. From the setting menu go to Display 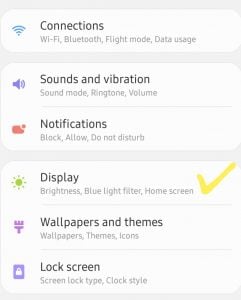 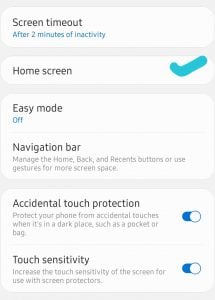 4. Here is a option named Lock Home Screen Layout, just simply turn it off for unblock the layout or turn it on for blocking. That’s it, this way you can unblock layout on Samsung Galaxy phones. 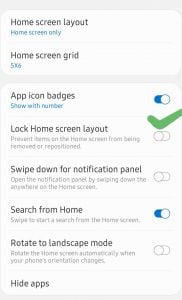 For a budget gaming pc build, the best value graphics you can get for 1080p gaming

Added to wishlistRemoved from wishlist 6

3,390tk
Added to wishlistRemoved from wishlist 0

Samsung has Delays One UI 2.0 Updates For Some Specific Countries

We will be happy to hear your thoughts

54 Laptops Under 50K with Dedicated Graphics Cards in BD

The Best Laptops Available Under 30K in BD

Huawei P40 Pro vs OnePlus 8 Pro Specs Battle – Which One Do You Choose?

Huawei P40 Pro VS OnePlus 8 Pro Huawei P40 Pro and OnePlus 8 Pro both are high-end flagship device also best device from different aspects. Both of the devices released this year and achieved great attention from the consumer. But people are getting confused nowadays to choose a specific one from ...

What do we review?

What does include in our review?

Is the information we are providing 100% accurate?

We do not guarantee that the information we are presenting in this site is 100% correct, sometimes device prices or specs can be inaccurate, but we are working to provide our users to obtain more reliable information. If you notice any incorrect information, just let us know the issue by simply using the comment section.